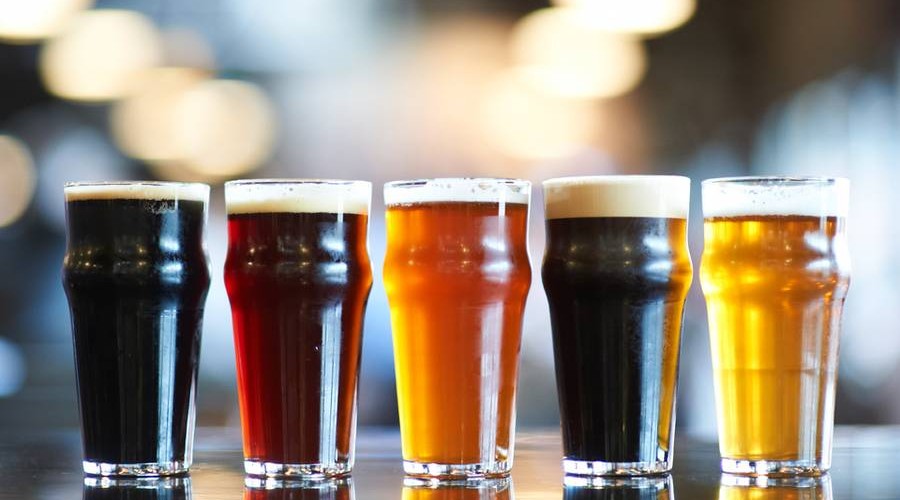 Seem’s like every year the beer world decides to take it up a notch. Bigger beers, better beers, new flavors, rejuvenating old recipes and more. It’s a wonderful time to be a beer drinker and it’s an even better time to be a Milwaukee beer drinker. It felt like every other week we were adding a new brewery to our distribution portfolio, and the more the merrier. Here are my favorites of 2015. Not all are new beers. Some are new, some are old friends, some are new to Milwaukee and some are simply new to me.

Ballast Point Victory At Sea
When Milwaukee found out we were getting Ballast Point, I’m pretty sure the clouds parted, golden rays of sunshine kissed our faces and a six pack of Victory at Sea descended from the heavens. I’m almost positive that’s what happened… But in all honesty, Ballast Point is a killer brewery from San Diego offering world class IPA’s like Sculpin and its variants, but they offer some delectable dark brews for those interested. And Victory at Sea, an imperial coffee porter, is one for the books.

Karben4 Idiot Farm
Their Fantasy Factory can hang with the big dogs like Zombie Dust, PsuedoSue and Heady Topper. But, their new Imperial IPA, Idiot Farm, might even be better. Had my first taste at Great Taste and was instantly hooked. It’s a big, juicy, balanced hop bomb that leaves you wanting more. There were some slight differences from barrel to bottle, but it’s still a phenomenal beer. Can’t wait for this to hit distro again.

3 Sheeps Paid Time Off
Coconut has become something of a phenomenon in the beer world. Proprietor’s Stout, Death By Coconut, and now Paid Time Off. It’s an ingredient that divides beer drinkers. Some love it, some hate it, there is no middle ground. And Paid Time Off is a coconut beer done very well. Roasty, sweet, nutty, chocolatey. This beer has everything you’d ever want in a coconut beer.

Central Waters Rye Barrel Black Gold
If you were lucky enough to get a taste of this, you know what I’m talking about. If not, well I’m sorry. I got a taste of this at Sugar Maple’s pre-Great Taste event. Black as night, thick as molasses, this monster of a beer is a bourbon lovers nectar. Huge chocolate aroma and taste up front, but as it warms, the bourbon comes out to play and it’s not fucking around. The rye version adds that slight spice, but between the regular and the rye version I couldn’t choose a victor. They bottled the regular, seek it out… totally worth it.

Lagunitas High West-ified
If this list had any ranking order to it, this would absolutely be near the top. Probably my favorite surprise-beer of 2015. The ScareCity series has been hit or miss for me, but when the gang at Lagunitas dropped this little gem, they had my attention. It had some hype behind it before it dropped here, so of course I hopped on the train and grabbed a few bottles as soon as I saw it on the shelves. It’s a barrel aged coffee stout done to perfection. Better than this year’s KBS, better than Sunday Morning Stout, better than almost any other BA coffee stout I can think of.

Tyranena/Lakefront Brewery Two Lakes
Grapefruit IPA’s have been around and most are done with amateur results. Some stand out and some are immediately forgetful. But when Tyranena and Lakefront teamed up to make this bad-ass triple IPA with grapefruit, they went all in. It paid off. I’m writing this wishing I had one to dive into tasting notes, but amazeballs should suffice. But trust me, if we see this again, do not hesitate to fill all of your growlers with it.

With so many fantastic beers out there, it’s pretty hard to compile one of these lists. If you made a best of 2015, what would be on it?

So, as some of you reading this may already know, a recipe “Wheat Men Can’t Jump”(a white IPA with WI juniper) I submitted to MobCraft was selected for the April 2015 vote. I was rocking first place for a while and then a vanilla wafer whatever beer took first. Giotto and the gang at MobCraft were kind enough to let my beer be put to vote again for this month! Some of you have already pre-ordered and I greatly appreciate it. If my beer ends up winning, I’ll absolutely throw a kick ass bottle share and tasting event. Best part about MobCraft’s pre-order model, is that if the beer you vote for (and it better be mine! haha kidding… not really…) doesn’t win, you don’t get charged. END_OF_DOCUMENT_TOKEN_TO_BE_REPLACED

We’ve joined the 21st century and created a blog. You’ll see tasting notes, beer news, beer shenanigans and all around fun stuff on this blog.